The goat fair was great! There was lots of Inca Kola, but even more home-made passion fruit juice, which is way better in my opinion.

The fair was supposed to start at nine am but we didn’t arrive until nearly 11. Norca and I took a taxi to the fair, and she was nervous about arriving so late. But as we pulled on to the field we passed a group of men hanging the “Chillon River Valley International Goat Fair” sign so I think we arrived precisely when we meant to.

The field was divided in to four sections: on one end was a covered area where the prizes were kept, and on the other end, a large stage; one side of the field was lined with vendors selling various goat products including cooked meals, cheese, milk, yogurt, candy and beauty products; and the other side of the field was lined with goat pens containing goats of every size, shape and colour. The pens looked rickety to me, but the goats were mostly happy to stay inside their pens with the giant heads of cabbage  thrown in for them.

After some milling about, the fair began with a traditional Inkan ceremony. A man wearing a straw hat and a cream poncho/vest with “Inka Naani” sewn on the front stood in the centre of the field surrounded by a circle of fair officials, while everyone watched from the shade near the vendors’ stalls. He explained everything in Spanish before he began. I surmise the wine, grain, grapes and fruit on the blanket spread out in front of him were offerings to various gods, and to Pachamma, Mother Earth. The ceremony itself was done in Quechuan, the ancient language of the Inkans, which is still used today by the aboriginals in Peru. The ceremony included looking through a stone Inkan Cross, picking up and putting down the fruit and grain on the blanket, scattering flower petals on the people in the circle, and finally sharing a small drink of wine from miniature plastic wine cups with everyone in the circle.

After the wine, speeches were made by various important people, including, notably, the honoured  guest judges from Mexico and Columbia. Finally a champagne bottle was broken, and the fair began.

Milking was the first contest. The farmers tugged their goats from the pens to the covered area containing the prizes. A scale and a pile of brand new milk buckets had been set up, and a crowd formed a tight ring around the milkers. They took pictures, cheered and clapped as though they were watching a WWE match. Sometimes with goats, it is.

Edgar Rangel, my host whose farm I am working at, had the honour of weighing the milk and announcing the weights. This is because he also owns and operates a goat dairy processing business, and is a key figure in the local goat industry.

I noticed the goats with the most milk were usually a Nubian breed with long floppy ears. A few of them waddled in to the ring with udders so full, I just couldn’t believe my eyes.

The milking took about an hour and a half, and then everyone dispersed among the different goat vendors for lunch.

The rest of the afternoon was taken up with showing competitions. Each set of farmers with their goats paraded in a circle in the centre of the field, and formed lines. The judges walked up and down the lines viewing and patting the goats, and rearranging the farmers as they went. Little by little, the group would get smaller as the farmers and their goats were sent out of the ring, until only three finalists were left.

This was done for category after category of goat, while behind us the sun sunk into the mountains. Finally, after six p.m., the day’s winners were gathered and handed their prizes which included new milking containers and gas stoves. Everyone applauded, photos were taken, people shook hands, and then it was time to go home.

As people were finishing their drinks, saying their goodbyes, packing up their vendors’ tables, throwing out garbage and dragging goats onto trucks, a local teenage dance group ran into the middle of the field. They were wearing spandex and cheetah print, had painted legs and faces, were wearing blue feather head dresses, and carried spears and large wooden bowls as props. A band set the beat on stage, and we watched them perform a jungle-themed dance. This jungle dance had nothing to do with goats whatsoever, but everyone casually accepted it.

This was the tenth annual Chillon River Valley Goat Fair, and I am pleased to report that it is going strong, and gaining media attention. A reporter and photographer from “Agronoticias” a prominent national agricultural magazine documented the whole day, along with reporters from different newspapers. The local government was also present and photographing the whole event as well. The presence of judges from Mexico and Columbia meant the fair was big enough to attract international attention. It also justified putting “international” in the title of the fair.

Finally, in the middle of the jungle dance, the very last juice in my final battery was spent, and I packed my camera away.  My first goat fair was over. 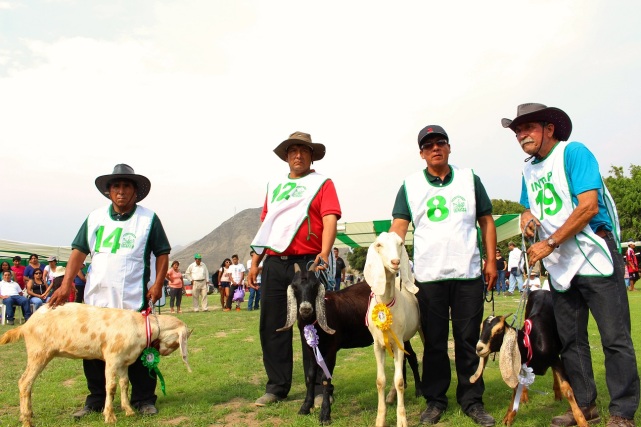 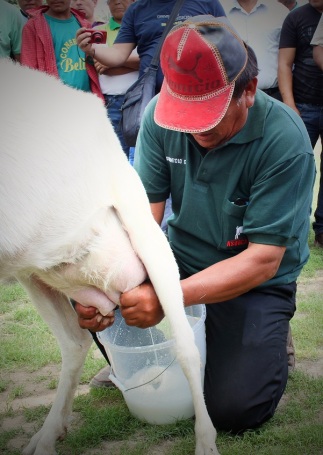 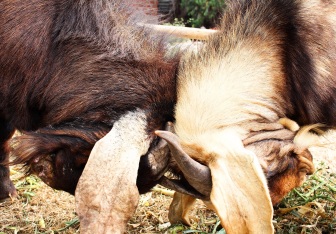 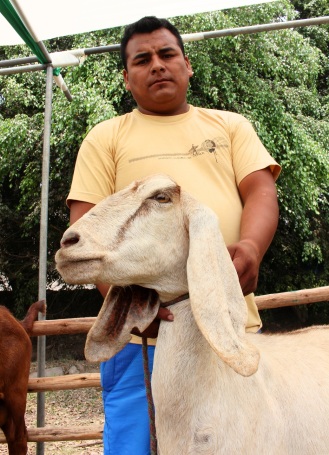 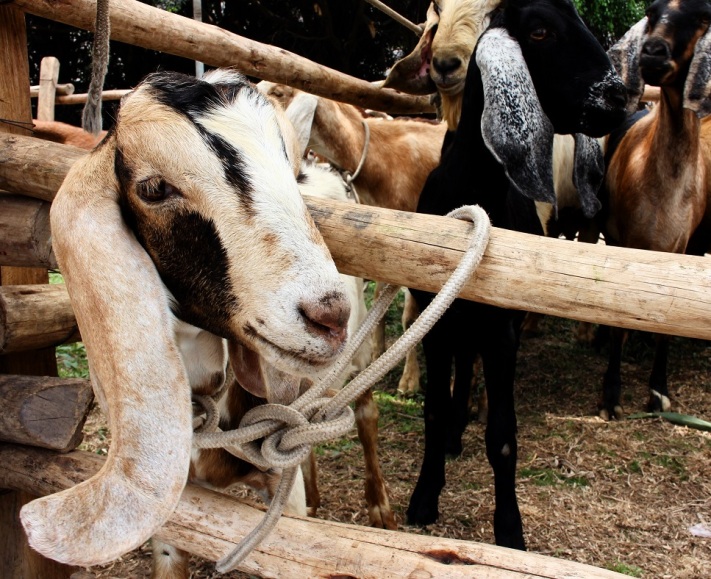 how friendly does this goat look? 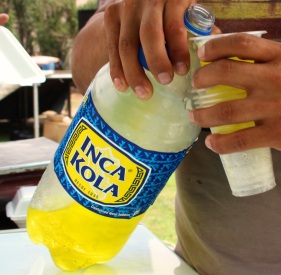 when in Peru, always chose Inca Kola over Coca Cola. 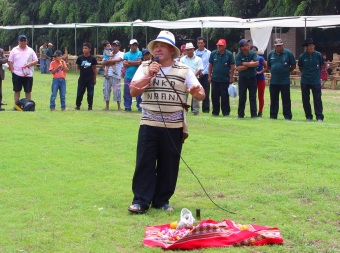 there was a pair of cute kids dressed as goats! 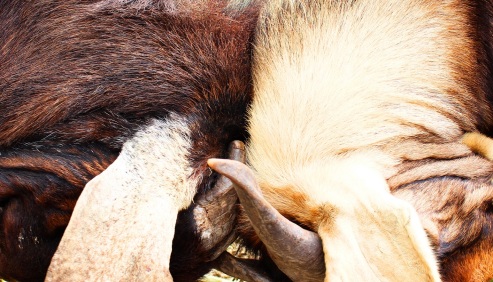 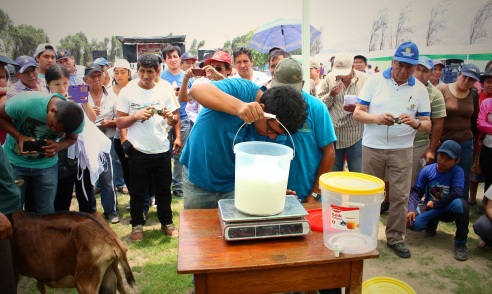 In case you missed it from the last post, here are the jungle dancers from the goat fair on Sunday. 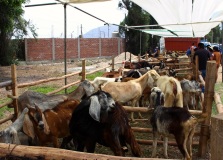